In the article you will receive information about the graves and the crypt at Sanssouci Palace.

Graves and crypt at Sanssouci Palace

The “Old Fritz”, as he was known in the vernacular, died on August 17, 1786 in the armchair of his study in Sanssouci Palace. At his own discretion, he wanted to be buried in a crypt next to his favorite dogs.

He had the underground, brick and burial chamber covered with marble slabs built on the top terrace of the vineyard just created in 1744, even before the actual construction of the castle began.

Burial of Frederick the Great

Since the king had ordered –

“For the rest, as far as I am concerned, I want to be buried in Sanssouci, without pomp, without pomp and at night”

– At midnight on August 17, 1991, the coffin of Frederick the Great was buried in a solemn ceremony on the terrace of Sanssouci Palace. The then Federal Chancellor Helmut Kohl and the then Brandenburg Prime Minister Manfred Stolpe were present, as well as members of the government and other personalities, including representatives of the Hohenzollern family. 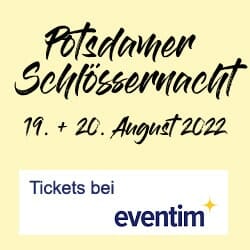